The Marketing Revolution offers creative
solutions that cross the border 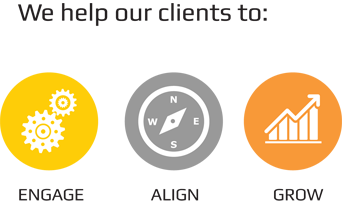 Mark Cario, Managing Director
Mark has over 30 years’ experience in national brand and retail marketing across a number of dynamic industries. This includes over 20 years extensive Franchise and retail operations experience working closely with the Management and front line selling staff of leading Australian and international retail chains.

Throughout the 1980’s and early 1990’s, Mark held senior management positions in Tooheys Limited, where he was responsible for all Marketing programs and media sponsorships (including the Guinness brand in Australia & New Zealand, the Tooheys 1000 at Bathurst, the Swan Australian Indoor Tennis Tournament and the Tooheys Golden Slipper horse race), and also at KFC (part of Pepsico) where he was responsible for the national marketing and local marketing of over 500 restaurants in Australia and New Zealand.

In the mid 1990’s, Mark lectured in advertising and ran his own consultancy business with franchise clients that included New Zealand Natural Ice Cream, Mrs Fields Cookies and Red Rooster Foods, where he represented Red Rooster on the committee that successfully launched the FlyBuys loyalty program in Australia.

Mark possesses a great breadth of retail and promotional experience, having also been responsible for the marketing function at OPSM, Barbeques Galore and Burger King Asia Pacific, where he was responsible for the Hungry Jack’s brand and the launch of the Burger King brand in Australia. In this role, Mark personally conceived, wrote and produced a Local Store Marketing Kit that received international recognition and was rolled out across Burger King’s worldwide system of 10,000 restaurants in 57 countries. He also served on the Burger King International Youth Marketing Council in Miami.

In 2004, in recognition of his contribution and increasing contribution to the Harvey World Travel Franchise network, Mark was promoted to General Manager Australia and appointed to the boards of a travel wholesaler called Harvey’s Choice (a joint venture between Harvey World Travel & Qantas) and a corporate travel agency network called CT Partners.

In 2006, Harvey World Travel were acquired by Stella Travel Services (since renamed the Jetset Travelworld Group), at which time Mark was promoted to Global Group General Manager Leisure, responsible for online businesses and over 1500 travel agents in Australia (including Harvey World Travel, Travelscene and Concorde Agency Network) and another 1,000 travel agents around the world (primarily New Zealand, the United Kingdom and Southern Africa).

During this period Mark also served on the board of AFTA (the Australian Federation of Travel Agents) and Harvey World Travel South Africa.

In 2008, Mark was recruited to head up The Marketing Revolution.